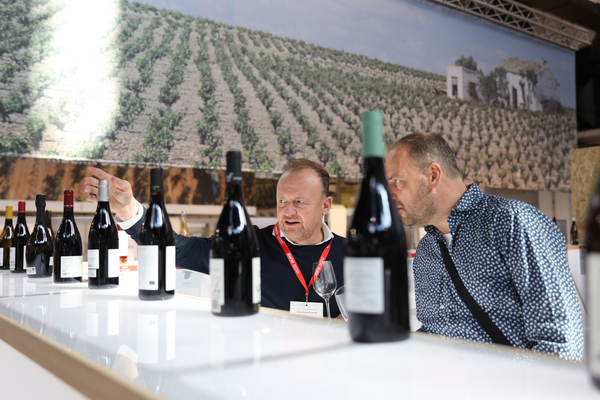 Hall 8 of the Montjuïc exhibition centre at Fira de Barcelona will bring together all kinds of wineries, from the smallest and most artisanal to the largest corporations and best-known brands on the market, offering a unique journey through the different wine-producing areas of Spain.

The exhibition space will be divided into two main sectors: BWW Lands, which will bring together the wineries organised by Designations of Origin and other quality seals, and BWW Groups & Complements, where wineries, groups, distributors and producer associations will meet together with companies that offer equipment, accessories and services to the sector.

In its third edition, the show is working towards the objective of increasing the number of participating wine companies by 15% and increasing the representativeness of the different wine-producing territories.

Thus, the president of the show and of the D.O. Cava, Javier Pagés, assures that: “This unique showcase will have more wineries, more historic and renowned brands, greater representation of the different production territories and more international buyers in 2023.” In this sense, he adds: “Promoting business meetings is key for Spanish wineries to open the doors to new strategic and future markets.”

For this reason, thanks to its strategic collaboration agreement with ICEX Spain, it plans to invite 500 key international buyers with whom to schedule business meetings with exhibiting companies. These professional buyers will come from the main countries that receive Spanish wine, such as the United States, Belgium, Germany, Switzerland, France, Mexico, Japan, Canada, the Netherlands and China.

In addition to opening up the foreign market, BWW also aims to increase domestic demand, which is why there will also be a number of national guest buyer programmes.

In fact, Spain is already the world’s leading wine producer and the third largest exporter, according to data from ICEX Spain. In 2021, it exceeded €2,956 million in wine exports and was very close to its record. €3,006 million, reached in 2018. Around 70% of food and beverage exports are concentrated in the EU, but the highest growth rates are recorded in markets such as the United States, China and many markets in South East Asia and Latin America.

The Food, Wine and Gastronomy director at ICEX Spain, María Naranjo, says that events like BWW are “very important to face the great challenges such as market diversification, digitalisation and differentiation in an increasingly global and competitive sector.” On this last point, Naranjo considers it “essential to transmit abroad the richness and diversity of Spanish wine and, at the same time, to focus on quality and to raise the average price of sales abroad.”

As a complement to the exhibition, BWW 2023 will feature an extensive programme of activities that will cover trends linked to the wine world and will bring together some of the biggest names on the national and international wine scene. Among its main novelties, it will highlight a firm commitment to establish more synergies with haute cuisine, another great ambassador of the Spanish food industry.

In addition, the BWWHub space will programme tastings, food and wine pairings, conferences, round tables and training sessions on the wine world and will host the new products presentation of great interest to the sector.

BWW has an Organising Committee that represents almost all the interests of the sector in Spain. Chaired by Javier Pagés, also president of the DO Cava, with the participation of José Miguel Herrero, General Director of Food Industry of the Ministry of Agriculture, Fisheries and Food (MAPA); María Naranjo, Director of Food, Wine and Gastronomy of ICEX Spain Export and Investment; José Luis Benítez, General Director of the Spanish Wine Federation (FEV); Valentí Roqueta, President of the Catalan Wine Association (AVC); and David Palacios, President of the Spanish Conference of viticultural regulatory Councils (CECRV); among other prominent personalities from the institutional and business spheres.

The results of the BWW second edition, in April 2022, exceeded initial expectations and consolidated it as the main Spanish wine event. This was acknowledged by the main operators in the sector and more than 650 exhibiting companies and 60 Spanish Protected Designations of Origin (PDOs) that took part in the event, which was also attended by more than 18,000 professional visitors. Among them, 470 major international buyers from strategic markets were invited by the organisers and participated in more than 6,600 business meetings with exhibiting companies. To reflect this, BWW has incorporated the slogan The Spanish Wine Event to its official name and graphic identity.